F-TEC foundation was laid down by establishing the First Training Centre launched on 16th February, 1995 with an idea that quality IT training can be imparted at an affordable cost, so that there should not be a digital divide in the 21st Century. The First Centre in Delhi was inaugurated by then Education Minister of Delhi, Dr. Sahib Singh Verma.

We do not claim to be a Non-Profit Organisation but strongly believe that quality training & affordable cost can truly co-exist with fair profit margins. With our journey of more than two decades, we have been able to create and sustain a social enterprise model in the area of training.

Organization believes in being fair, honest, transparent & ethical at every level.

Understanding the importance of youth being trained & skilled to earn their livelihood and contribute to the overall national growth.

Total commitment to ensure quality training to youth and services to all our clients.

Organization strongly aligns itself with morality and ethics in overall working and dealings with team members, trainees, clients as well as associates. 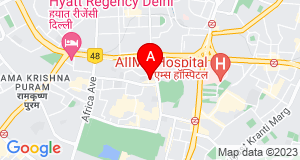